Tertiary Lymphoid Structures and their role within the Immune System
14 March 2022
By OracleBio
Immuno-Oncology, Pathology

In this article, OracleBio’s Senior Clinical Pathologist, Dr. Gabriele Kohnen, gives her perspective on the proposed role of tertiary lymphoid structures within the immune system and how better understanding their prevalence, cellular content and distribution may provide further insights into disease diagnosis, progression, and new therapeutic modalities. 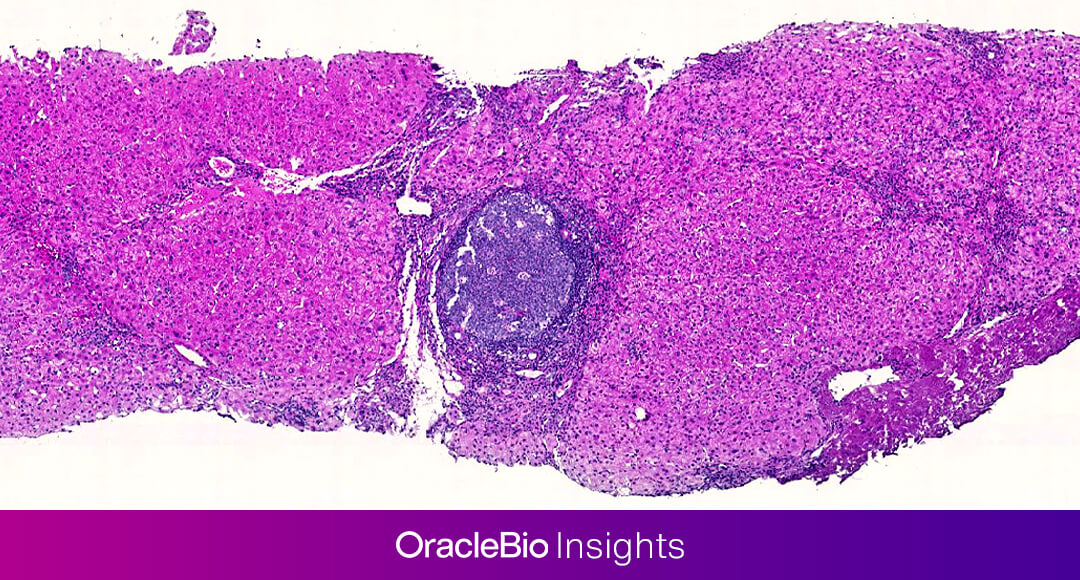 In my 30 years of clinical work as a Pathologist I have seen chronic inflammation in a range of tissue samples from across the human body and I am still amazed by the variety in inflammatory immune response across different diseases. From chronic idiopathic inflammatory bowel disease to inflammation of the liver, or in response to invasive carcinoma, I’ve seen it all!

TLS fail to adhere to the proper definition of organs as they lack a stable structural organization, such as a capsule, and they do not exist in developmental pre-determined locations. By definition, TLS arise in tissues whose main function is not related to the generation of immune cells such as the thymus, bone marrow or lymph nodes, but rather presents as lymphoid neogenesis in response to a chronic stimulus such as infection, autoimmunity, and in chronic allograft rejection. TLS are also commonly seen in invasive carcinoma, where it is assumed they play an important role in influencing the tumour microenvironment. All the above settings have a local inflammatory environment that seems to promote the organization of lymphoid aggregates due to chronic immune stimulation.

It is generally becoming more evident that it is not just inflammatory cell accumulation that drives formation of TLS, but there is growing evidence that endothelial cells, fibroblasts, and other mesenchymal cells are implicated in tertiary lymphoid development. TLS vary in their presentation, from a scattering of immune cells mainly composed of lymphocytes to lymphoid aggregates, with more mature forms developing germinal centres that include follicular dendritic cells and endothelial cells. It is well known that when inflammation becomes chronic, plasma cells and lymphocytes gradually increase in number, lymphangiogenesis is induced and blood vessels acquire characteristics of high endothelial venules (HEVs) specialized in allowing extravasation of lymphocytes.

TLS are situated at the frontline of disease and there is evidence that TLS can influence disease progression in beneficial but also in unfavourable ways. Evidence that TLS are harmful in exacerbating autoimmune disease is derived mostly from studies in rheumatoid arthritis. On the other hand, there are suggestions that TLS can play a beneficial role by limiting inflammation. TLS are also recognised as playing an important role in cancer development and cancer progression.

Day-to-day, I see biopsies and resections of colonic cancer and I am intrigued to see how the native tissue responds to the infiltration by tumour. After all, infiltrating cancer exploits the native tissue for progression and destroys it at the same time. The body responds frequently with an immune response that is often seen at the advancing edge of the tumour but can also be seen within intra-tumoural regions. However, interestingly the immune response varies greatly in extent between patients, from a few lymphoid cells and histiocytes, to lymphoid aggregates and lymphoid follicle formation, to nearly no immune cells in sight in the multiple sections that I assess.

Evidence for the role of TLS in carcinogenesis is now starting to draw increasing attention, emerging from studies that indicate that the presence of TLS in tumours such as in breast, colon, or lung predicts a more favourable outcome, though a minority of studies have reported an association between TLS and a poor prognosis. For example, TLS are shown to be associated with relapse-free survival in patients with oral carcinoma or early-stage hepatocellular carcinoma (HCC). Tumors with, rather than without, intratumoral TLS are less invasive, especially regarding blood vessel invasion and it is proposed that TLS play an important role in controlling tumor invasion.

Immunotherapy has attracted special attention, and studies on tumorigenesis and progression show that tumour-infiltrating lymphocytes may act as prognostic markers for higher responses to chemotherapy and better survival. Although there is now emerging evidence that TLS play a role in hepatocellular carcinogenesis; their role and prognostic value in HCC currently remains undetermined. It has been postulated that TLS, which persist in the liver and are associated with a viral infection, play a different role than TLS induced by tumors.

In my clinical work as Hepato-Pathologist, I work closely with my colleagues in Gastroenterology, and medical liver biopsies are usually undertaken at their request. Acute and chronic hepatitis are typically seen as a result of infection with hepatitis viruses, as a consequence of developing autoimmune disease, or following a drug-related injury. The liver responds similarly to all of the different types of injury by eliciting an immune response. Chronic inflammatory cells will be seen in variable density involving portal tracts and the interface of portal tracts with the parenchyma, and also within the liver parenchyma.

Above: Example of a TLS within an H&E-stained Liver section from a patient with Hepatitis B virus infection.

Interestingly, while the liver provides a hematopoietic function during embryonic development, this function is lost postnatal and thus accumulation of lymphoid tissue is also classed as tertiary lymphoid or TLS. In order to guide therapeutic intervention, the degree of inflammation involving the liver tissue needs to be captured. Pathologists frequently use a numbering system to produce a ‘grading’ of this inflammation in livers to help clinicians to get an idea of how much inflammation there is and where in the tissue we see it. These are crude tools as they do not capture the intricate cellular detail seen in the sections, and whilst I can see the immune response in the tissues under the microscope, there is still very little known about this process and the precise role it plays in sustaining and progressing the disease long term.

TLS present a likely important driver for sustaining disease progression. It is interesting to note that in chronic hepatitis due to Hepatitis C infection, Pathologists have long seen and documented lymphoid follicle formation in portal tracts – which is actually a defined diagnostic feature of the disease, but TLS formation in the form of lymphoid follicles is interestingly a less prominent feature in Hepatitis B virus-infected livers. We do know that prolonged inflammation of liver tissues leads to fibrosis and cirrhosis that in turn enhances the risk of HCC, which is why patients with established cirrhosis need to be on long-term follow-up. It is interesting that the impact of TLS in HCC progression is now under investigation, but the dynamics of lymphocyte recruitment during HCC development and progression have not been fully elucidated.

There is growing evidence for a role of TLS in disease progression in both beneficial but also unfavourable ways. Several questions remain including why TLS develop within specific tissues and how/when can they be targeted to provide therapeutic benefit in certain diseases? It is certainly an exciting time to study these structures in more detail and I expect that continued pathological expertise will be required to support the assessment of the evolving role of TLS across various diseases within research and clinical trials.

More from the OracleBio team on TLS…

In our next article, we will continue the theme around TLS and highlight examples of how we used Quantitative Digital Pathology approaches in a recent study to evaluate TLS number and cellular content to enable a deeper understanding of their role in hepatitis liver disease. 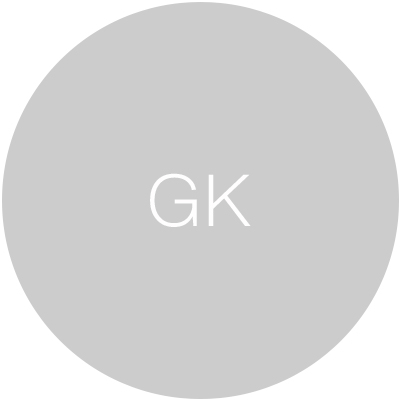 Gabriele is a Consultant Clinical Pathologist with over 25 years of experience in Diagnostic Healthcare. She has specialist expertise in liver, gastrointestinal tract, placenta, and Gynaecology.